One Second For Every Minute in Every Hour gets its roots in time-lapse photography. Time- lapse photography is a technique whereby the frequency at which images are captured is much lower than that used to view a normal sequence. When played at normal speed, time appears to be moving faster, thus lapsing. Using the same concept of double exposure, One Second For Every Minute in Every Hour involves dozens of images “image stacked” together. One Second For Every Minute in Every Hour involves taking multiple exposures of a subject doing mundane tasks around and living area. The result of doing this process is highly abstracted images. With only one body moving through the frame, this process turned that one body into a series of multiple bodies moving all at oncjinth same frame. With this process abstracting the scene, it turns a very mundane or boring task into something that is visually compelling to look at. 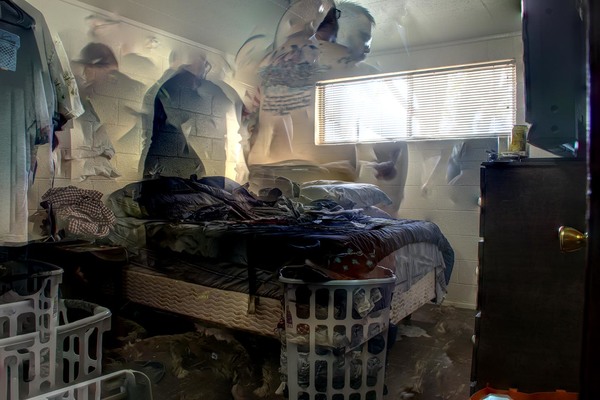 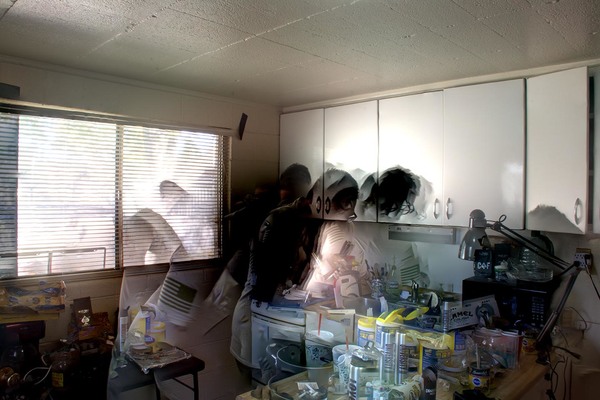 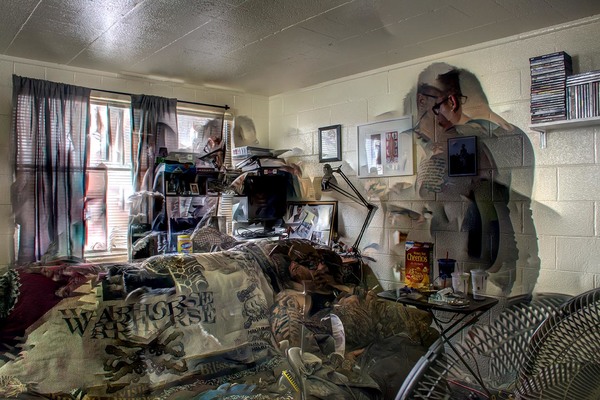 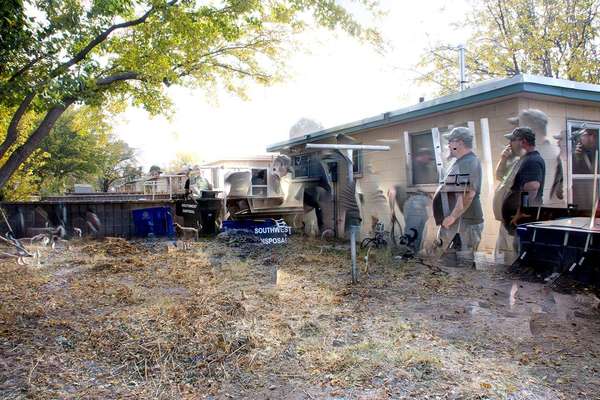